The good news is that Afghanistan has developed a new industry that gives it something valuable to export other than heroin. The bad news is that it is methamphetamine.

As everybody who became an expert in the chemistry of methamphetamine cooking by watching Breaking Bad knows, one of the hurdles to setting up an illegal methamphetamine factory is the acquisition of ephedrine or pseudoephedrine, the key ingredient in most meth production. For years, meth producers relied on such laborious measures as buying vast amounts of over-the-counter cough syrup and slowly extracting pseudoephedrine from it, thereby producing the raw material out of which methamphetamine ultimately is synthesized. Afghanistan is not a country that one would describe as richly blessed with natural resources, but it is home to wild-growing Ephedra sinica, a shrub native to northern China, out of which may be extracted ephedrine and pseudoephedrine.

A thousand pounds of dried ephedra plants can produce about 17 pounds of meth, which Afghanistan-based journalist Kern Hendricks reports is worth about $50,000 locally. In foreign markets, that quantity of meth ultimately might fetch as much as a few hundred thousand dollars.

Of course, the Taliban bosses are up to their turbans in the meth trade, imposing a “tax” on drug producers that puts millions and millions of dollars a year into their coffers.

That new money is pumping new life into the operations of a resurgent Taliban. And the Taliban is patient.

One of the Trump administration’s final acts in office will be attempting to execute a hasty and headlong retreat from Afghanistan, with the president having announced, via Twitter, a complete withdrawal of U.S. troops by year’s end, which came as a welcome surprise to the Taliban and a nasty surprise to the U.S. military. Trump being Trump, the announced move may or may not actually come to pass, but the Taliban expects that it will see a partial or complete return to national power in the vacuum left behind by the expected American drawdown. It already is able to boast that when the Trump administration was seeking to conclude American affairs in Afghanistan, it mainly negotiated with the Taliban, not with the Afghan government.

Joe Biden’s attitude toward Afghanistan so far does not differ radically from Trump’s; rather than a complete withdrawal, he says he favors leaving a small counterterrorism force in the troubled country. “A Biden administration strategy of maintaining a residual force — even a narrowly focused one — would require a renegotiated deal with the Taliban, which the insurgent movement has already rejected,” the Associated Press reports. “The Afghan government, which has complained bitterly about being sidelined in U.S. negotiations with the Taliban, wants the deal scrapped entirely.” Biden, like Trump, views the U.S. engagement in Afghanistan principally as a drain on national resources that could be better used filling potholes in Poughkeepsie — “nation-building at home,” Biden calls it, echoing language used both by Donald Trump and by Barack Obama.

Since first invading Afghanistan in pursuit of Osama bin Laden and al-Qaeda nearly 20 years ago, the United States consistently has failed to achieve its goals there. Brute force is not sufficient: In 2001, there was bumptious talk of bombing Afghanistan “back into the Stone Age,” a hollow threat to a country that already was there. The country is backwards, savage, and intractable. Americans have found it very easy to kill Afghans but impossible to govern them. And the Afghans, unhappily, have not had much more luck governing Afghans.

One of the fundamental reasons for our failure in Afghanistan is the persistent inability of the United States to comprehend the character of our adversary there: The Taliban is not first and foremost an atavistic Islamic religious movement — it is that in the minor part, but it is first and foremost a crime syndicate.

Like the old Sicilian Mafia or the modern-day Hamas, the Taliban is both a violent criminal organization and a provider of social services and municipal or quasi-municipal governance in the areas it controls. Both the 19th-century Sicilian Mafia and the Taliban simultaneously acted as enforcers of public morality and entrepreneurs in criminal vice; if that Mafia history is redolent of the Saudi mutaween, it offers a reminder of Sicily’s history as an Islamic emirate and the seat of Muslim power in Italy. Sicily’s Mafia, like the ’Ndrangheta of Calabria, has always had a political and religious character. So has the Taliban. And, like the drug cartels of Mexico and similar enterprises elsewhere in Latin America, the Taliban was able to insinuate itself opportunistically into public affairs because it was able to compete successfully with a weak state. The Taliban was born in the poppy fields as much as it was in the madrassas.

Either the Afghan state will control the Taliban or the Taliban will control the Afghan state. Until September 11, 2001, the United States had no urgent belief that what happens in Afghanistan matters here. We learned our lesson the hard way, but we have nonetheless begun to forget it. The problems of Afghanistan may not be as close to us as the problems of Mexico, but in both cases there really is no alternative to building state capacity and effective institutions. The partial reversal of earlier successes in Colombia remind us that this is an uncertain business in which even modest advances must be defended jealously for decades before they become truly durable.

We do not want to turn Afghanistan into an American garrison state or colony, and it is long past time to admit frankly that the optimism of the “democracy project” of the George W. Bush years has proved unfounded. At the same time, American interests will not be served by abandoning the Afghan government to a revanchist Taliban and thereby courting anarchy or worse. 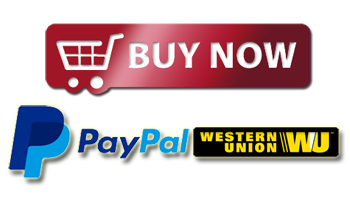